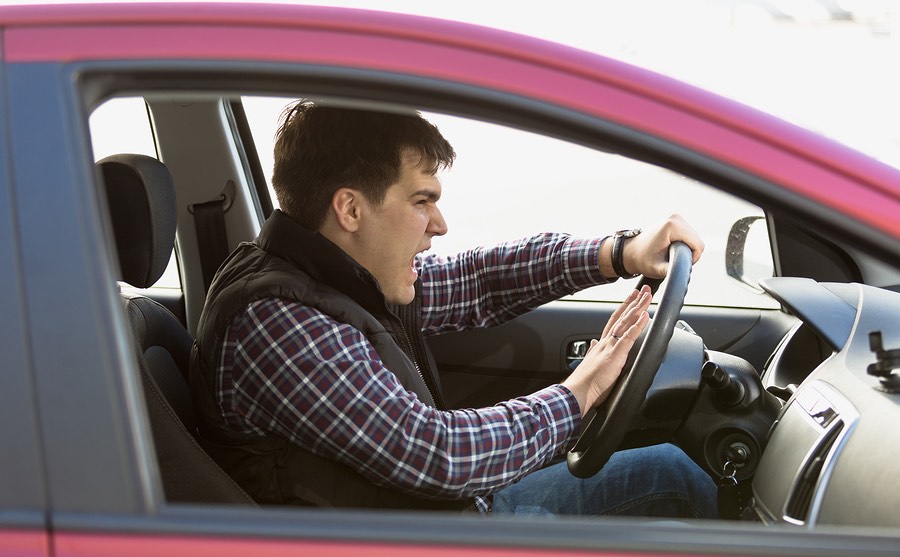 Ridesharing companies like Uber and Lyft make getting around a breeze, whether you’re heading on a shopping trip to the Aventura Mall or on vacation via Miami International Airport or Fort Lauderdale International Airport. There’s very little not to like about being picked up by your own personal driver and being safely delivered to the doorstep of your destination—without having to worry about tipping, parking, or even getting your wallet out of your pocket or purse. When rideshare drivers get aggressive, however, the arriving safely part can go south. Aggressive drivers—whether they’re rideshare drivers or not—are dangerous drivers. When these dangerous drivers ferry customers, as rideshare drivers do, the situation becomes even more complicated and difficult.

We all know an aggressive driver when we see one, but Florida has a statute in place that nails down exactly what it is that makes a driver aggressive. Florida has determined that aggressive careless driving amounts to engaging in any two practices (simultaneously or in succession) within a series of dangerous driving practices:

Drivers who engage in these practices endanger everyone with whom they share the road. When a rideshare driver engages in aggressive driving, it’s that much more frightening because the rideshare passengers involved have no safety recourse.

If you’ve been injured in an accident caused by an aggressive rideshare driver—whether as a passenger or as an occupant in another vehicle, you need skilled legal counsel. The dedicated legal team at Uber Car Accident Law in Miami covers all of South Florida, and we have the experience, skill, and commitment to help navigate your claim toward just resolution. Your claim matters, and we’re here to help.

Speeding is one of the most prevalent forms of aggressive driving and is one of the deadliest. The National Highway and Traffic Safety Administration (NHTSA) reports that speed has played a critical role in almost a third of the total number of U.S. traffic fatalities over the last 20 years. In fact, there were more than 9,500 such fatalities in 2015 alone. Drivers who speed excessively make our roads more dangerous in highly specific ways:

You learned it in driver’s ed—speed kills. This is just as true today as it was when you were in high school.

If an aggressive driver has caused you to be injured, it’s difficult enough. If that driver is a rideshare driver, it’s more complicated still. Whether you’re injured as a rideshare passenger or are injured as an occupant in another vehicle, the claims process is going to be tricky. Rideshare companies have been through some hotly contested insurance dramas, and while they provide some insurance coverage to their drivers, it’s complicated. Understanding the basics can help.

Rideshare companies like Uber and Lyft are known as transportation network companies (TNC), and in July of 2017, the State of Florida enacted a TNC Bill (known as the Uber/Lyft Bill) that requires all rideshare drivers to carry extended insurance policies to help protect both rideshare passengers and occupants of other vehicles. In case this isn’t complex enough—the coverage varies depending upon the driving stage that the rideshare driver is in when the accident occurs:

In other words, when it comes to rideshare accidents, things can become very complicated very quickly.

With rideshare accidents, it can be very difficult to discern which insurance company is going to cover what in the first place. And that’s only the beginning. It’s important to recognize that insurance companies are in the business of making money, and this often means implementing whatever methods they can to minimize claims—like yours. When the insurance companies are associated with massive corporations such as Uber and Lyft, they tend to flex even more muscle.

If an aggressive rideshare driver has left you injured in an accident, you need an experienced rideshare accident attorney. Your rights and your rightful compensation are far too important to leave to chance—or to the insurance companies.

If an Aggressive Rideshare Driver Has Left You Injured, Contact an Experienced Rideshare Accident Lawyer Today

The advent of rideshare companies has made getting around a whole lot easier, but with all this convenience come some new legal wrinkles. Every car accident is upsetting, but if an aggressive rideshare driver injured you, it can be even more difficult to come to terms with. Furthermore, the legalities are complicated. You aren’t alone, however—the dedicated legal team at Uber Car Accident Law in Miami is here to help.

Our experienced rideshare accident attorneys have the skill, knowledge, and determination to help guide your claim on the path toward just compensation. We’re committed to aggressively advocating for rideshare-accident victims just like you, and we cover all of South Florida—so please contact us online or call us at (305) 964-8806 today.