Autonomous Vehicles: How Accidents Happen, and a Glimpse of Their Future 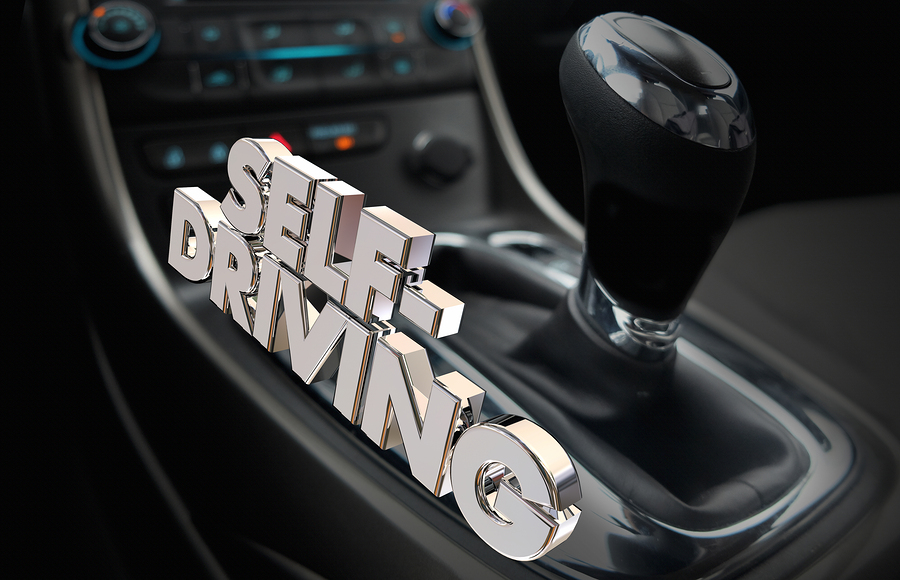 Autonomous vehicles, or self-driving cars, are the future of transportation in America. Whether navigating the traffic on Ft. Lauderdale’s Las Olas Boulevard or Biscayne Boulevard in North Miami Beach, automation has the potential to get us to our destinations safer, quicker, and perhaps cheaper.Although autonomous vehicles are still being tested, car companies are already looking beyond vehicles that merely drive themselves; Nissan, for example, is developing what they call Intelligent Mobility, which will not only drive the car but pay attention to how the driver reacts and adjust how it is driving to maximize his or her comfort.Despite this forward-thinking approach, our current batch of autonomous vehicles, like any new (and most old) technologies, do not always work perfectly. A recent example is the pedestrian recently killed by a self-driving Uber car in Arizona.

According to the New York Times, the vehicle did not appear to slow down before striking the woman, who was walking her bike across the street. In response, all Uber testing was suspended in Tempe, as well as in Pittsburgh, San Francisco, and Toronto.(Please note that a backup driver was present in the vehicle. In nearly all tests, regardless of company or circumstances, backup drivers are required to take over control of the car should its systems fail or if it is not reacting appropriately to its surroundings. The backup driver was determined to have not been impaired.)More recent leaks indicate that the software recognized the presence of the woman, but may have flagged her as a false positive—an aspect of autonomous driving software designed to let the car ignore small debris, such as plastic bags, in order to avoid constant braking and ensure a smoother ride.According to the NTSB report on the crash, this is in line with how Uber developed its self-driving system. The backup driver is not there for emergencies only, but rather to be attentive and ready to intervene. Its emergency braking system is disabled in autonomous mode, meaning the driver must act sooner rather than later in unanticipated scenarios.

For a company like Uber, whose main priority is shuttling customers from one point to another in a ride that is not only safe, but smooth and enjoyable, it’s understandable why they wish to eliminate unnecessary braking. However, a tragedy like this puts on full display the current shortcomings of autonomous vehicles. Those shortcomings can be explained in one word.People.If you have five minutes, there is a good, concise video that explains the world in which autonomous vehicles are designed to exist. In brief, traffic problems exist in their current forms largely due to the human beings in charge of the vehicles on the road. At busy times, the best way to clear traffic is for people to move forward in as coordinated a fashion as possible. We, of course, are not coordinated; we are individuals in our own small spaces, with our own ideas on how fast to drive, how much space to keep between ourselves and the vehicle in front of us, our own theories on when you can drive through a yellow light, and so forth.Therefore, since autonomous vehicles are designed to react to sensory input from every direction, if all cars were autonomous, they could coordinate with each other more effectively than humans by several orders of magnitude. In a perfect world with a guaranteed zero failure rate, we would not even need traffic lights at busy intersections; the cars would always coordinate who goes next, and when. Every car would work off the same set of rules, which is the type of system where computers thrive.Our current world, of course, is nothing like that. Self-driving cars are a new, rarely-used technology, and those which exist are dealing with the most difficult circumstances possible for their software—streets where every input they sense could be due to one of those inherently unpredictable humans. Obviously humans are, in fact, quite predictable; current autonomous software is based around the truth that if a person does something (e.g. begin turning their car), a predictable continuation of that action will follow (e.g. they will continue the turn to completion). But the largest challenge for developers of this software is managing the fact that in every instance, there is a slim but non-zero possibility that the unexpected will occur.This is where accidents with self-driving cars begin to occur. The number of fatalities connected with self-driving vehicles is very low—the aforementioned pedestrian and a man who crashed his Tesla in Florida are the only ones on record—but, as previously stated, current self-driving vehicles have backup drivers to handle unexpected situations. Only recently, in April, did California begin taking applications for companies to test driverless cars; in the wake of the Uber accident, only Waymo has thus far put an application forward. Overall, companies seeking to build or use self-driving cars have become much more careful in how they proceed.

The Effects of Autonomous Vehicle Accidents

As you can see, enterprising businesses are taking a cautious, measured approach to self-driving cars. That is the first effect of accidents involving autonomous vehicles: the way they impact the technology’s evolution and implementation.Uber may have a specific business interest in offering smooth rides, but private cars that subject their owners to even a modicum of hard, unnecessary braking will swiftly lose popularity. Self-driving cars are currently viewed as a luxury; as private vehicles, they’re designed as personal transport which lets their owners relax on the ride rather than stress out, a goal directly undercut by jerky braking patterns. It makes sense for a smooth ride to be a priority.However, accidents drive home the real costs of safety failures in these vehicles. The Uber accident is especially instructive, as the most serious tragedies often are. No matter how this technology develops, pedestrians will always exist, and as such companies need to figure out how to make their cars react correctly to unexpected road crossings while maintaining the smooth ride that is their ultimate goal.The second effect, which will come into play when autonomous vehicles are a more established technology, is in the legal sphere. Currently, if one owns a Camry and causes an accident, he or she maintains full responsibility. Toyota is not involved, outside of a rare instance in which a mechanical driver caused the crash and authorities can hold the driver legally responsible. If an Uber driver falls into a wreck, Uber may become a legal target, but the company does everything in its power to make sure liability remains with the driver and not with the company. Uber is simply setting up a service, after all; the driver is responsible for the ride itself.Removing control of the process from the driver is a technological marvel, but it places larger companies more squarely in the crosshairs when problems arise. If Uber develops its own proprietary driving software, and that software fails, there’s no one to blame except Uber. Yes, the recent accident had a person in the driver seat, but Uber is currently in talks with Waymo to make driverless Uber cars a reality. With no driver, there’s only one entity to blame—the company. Likewise, the more often car companies offer to make the ride easy on car owners—that is to say, the more they advertise the ability of their cars to handle themselves—the more they open themselves up to similar legal responsibility.However, the first iteration of autonomous vehicles in regular use will be like those cars currently being tested: functional, but with a driver in place to handle emergencies. No matter how confident companies are in the safety of their self-driving cars, accidents will occur and legal repercussions will ensue. Pay attention to how these cases are decided: the rulings will go a long way towards informing us how the law will treat individual drivers versus car companies in these instances. It’s good information to have if you’re ever on the victim’s end of such an accident, and if you have an interest in self-driving cars, these cases could inform your decision as to whether you wish to buy one.The evolution of self-driving technology and of associated laws will be the prime drivers of how autonomous vehicles are used in our society. If you have an interest in cars, technology, or law, the next decade will be intriguing to witness.

Call Uber Car Accident Law if a Rideshare Injures You

Uber Car Accident Law represents Miami and South Florida victims of Uber, Lyft, and other rideshare accidents. Whether a rideshare driver hurts you due to negligence, or a driverless rideshare vehicle malfunctions somehow and leaves you injured, we can fight on your behalf and try to recover damages. Call (305) 964-8806 or visit us online today.