Make Sure Your Uber Driver is Legit Before You Climb In 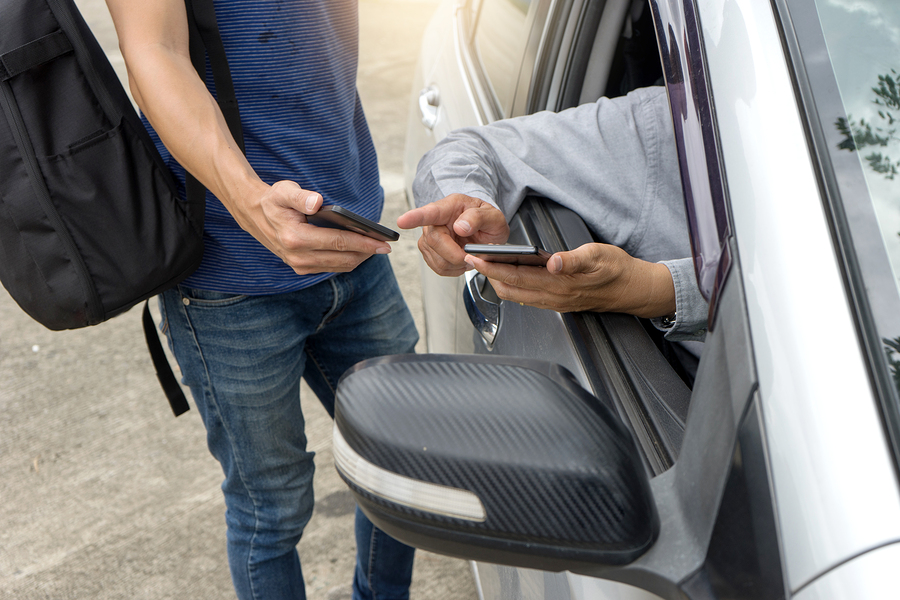 Since we were very young, our parents have taught us never to get into a car with strangers. Even as an adult, you know better than to accept a ride from just anyone. If a shady stranger pulls up and offers to give you a ride, you say “No.” Except, of course, if that stranger is the Uber driver you just called.The ride-sharing trend has been a boon for people in the “gig economy” who drive to make a little extra money, and for those who love the convenience of calling a quick and (usually) affordable ride instead of driving themselves. In an ideal world, the Uber or Lyft app would always connect you to someone friendly and reliable with a nice smelling car and good taste in music, whether you’re heading to work on Brickell Avenue in downtown Miami or heading out to enjoy yourself in the Midtown Design District.In reality, that’s not always how things go.

Predators in the Guise of Rideshare Drivers

On August 30 in Tallahassee, a man posing as an Uber driver tried to kidnap a college student outside of a Florida State University dorm. Soon after the young woman had requested an Uber through its app, a man pulled up in a sedan and claimed to be her ride. Seeing nothing amiss, she climbed in. After a few minutes, the young woman noticed the driver taking the wrong route, and realized she’d been abducted. When the car stopped at a strange apartment complex, the driver exposed himself and demanded sexual favors in return for his passenger’s release. Fortunately, the young woman was able to escape, and later identified her assailant in a lineup, leading to his arrest.

The young Tallahassee woman’s nightmarish experience reminds us that as technology evolves, so do criminals. Here are some tips to help avoid taking a dangerous, “fake” Uber or Lyft ride.

Unlike taxi services, ride sharing drivers don’t drive cars with distinctive markings. That’s the whole idea: they’re ordinary people driving their ordinary car. While both Lyft and Uber initially thought that a windshield sticker would be a great way to set their active drivers apart, it turns out that these stickers are easily faked. A would-be kidnapper who’s looking for a mark only has to print out the logo, stick it to their windshield, and cruise around waiting for someone who appears to be standing alone on the curb waiting for a ride.So, never just trust the windshield tag. Just because you see a gray U or a pink mustache, it doesn’t mean the next car pulling up is your rideshare ride, or even a legitimate Uber or Lyft driver.

As a security measure, both the Lyft and Uber apps show you a description of the vehicle that has been sent to pick you up along with its license plate number. While a fake driver might have a similar vehicle, license plates are unique and nearly impossible to fake on the fly. The first thing you should do when your ride-share driver (or someone you believe to be your driver) arrives is to check the front or back plates. If the numbers match, this is most likely your ride.But wait—it is still best to do a few more checks before you climb into that back seat.

Don’t Give Your Name, Ask the Driver

Never give your own name or ask if the driver has the name you are expecting. This gives a scam artist all the fodder they need to pretend to be the right person and pretend to know you. Instead, ask the driver for their name and the name of the person they came to pick up. If they have the correct name according to the app and know your name, this is your ride. If they don’t know your name or give the wrong driver name, it’s a scam.The name check is not just good form for not getting kidnapped, it can also help you avoid accidentally snagging someone else’s ride.

Ask to See the Driver’s App

If you really want to be certain, ask your driver to show you their side of the app. If they were legitimately called by the ridesharing service you are both a part of, they should have your picture and destination right there on the phone screen. If so, you’ve got the right person. However, don’t be surprised if they ask to see your app in return. Technically, this is good form on their part to ensure they have the right passenger and not someone trying to steal your ride.

Finally, be very suspicious of weird stories. Anything from “My phone stopped working halfway here” to “I’m doing the Uber for my cousin today” should not be trusted. Don’t accept weird excuses, no matter how charmingly they are told, and don’t let a stranger talk you into getting in their car for a discount. Instead, back away from any car that is not your scheduled ride and wait until someone can pass all the checks without suspicion.Fake ride-sharing drivers aren’t doing fun pranks, they are committing real crimes. Every month, more people report assaults and robberies at the hands of fake ridesharing drivers that kidnapped, extorted, and badly hurt them. Do everything you can to avoid becoming one of these victims. And, if the worst happens and you are assaulted by a fake or legitimate ride sharing driver, know who to call. A lawyer experienced in ridesharing cases can help you build your case and seek the justice you deserve. For more information or an understanding consultation about your case, please contact us or call (305) 964-8806 today.