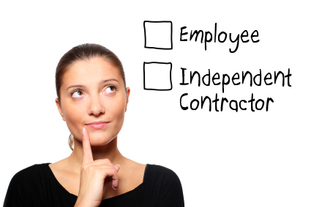 Lyft and Uber should be commended for having excellent insurance coverage that protects Uber drivers, Uber passengers, pedestrians hit by an Uber driver while working, and people in other vehicles who are injured as a result of an Uber driver’s negligence (all apply to Lyft as well).Uber and Lyft both have insurance coverage up to $1,000,000 for car accidents that result in injuries and, in 99% of cases, this is more than any of these drivers would have had if they were in an accident on their own (bodily injury insurance coverage isn’t even required in Florida in some circumstances, in others, the minimum legal coverage is only $10,000). The good news is that Uber and Lyft’s insurance coverage will cover the medical bills, lost wages and pain and suffering for most people injured while utilizing the ridesharing service (and Uber and Lyft drivers who are injured as a result of another driver’s negligence - we represent injured Uber and Lyft drivers too). But what happens in cases that result in catastrophic injuries or wrongful death? What if the car accident claim is worth more than $1 Million?

Is it possible to collect more than $1,000,000 after a serious Uber car accident injury?

Is it possible to exceed Uber’s $1,000,000 James River Policy or Lyft’s $1 Million Zurich NA policy in a car accident causing such a catastrophic injury or death?Uber happens to have a $10,000,000 excess insurance policy, however they claim that it does not apply to their drivers. Uber claims that their drivers are independent contractors because uber drivers can choose when and where they work and make their own hours.The uber personal injury lawyer’s challenge then is to argue that Uber drivers are, in fact, de facto employees. I’ve written another article that details some of the ways Uber dangerously incentivises their drivers. In short, Uber has hired teams of psychologists and behavioral economists to develop incentives that steer uber drivers to where uber wants the to be, incentives that can become addicting that push their drivers to drive more and more, even when they are tired and should be off the road. This can be used to argue that uber drivers are, in fact, more like employees than independent contractors.

Florida law has factors that courts would weigh to determine whether an uber driver is an independent contractor or an employee:

These are the factors that would be examined by a court to determine whether the Uber Corporation / Uber Driver relationship is that of employer / employee or company / independent contractor.In England, Uber is starting to experiment with benefits that will provide sick leave compensation for those Uber drivers who have to be off the road for more than two weeks due to illness or injury. In addition they are offering educational opportunities to maximize their money while driving for uber and for learning new languages. Seems that these are looking more like benefits that an employer would provide to its employees. But again, this program is not available in Florida or the United States for the time being. Florida courts have ruled that for employment/disability insurance purposes, Uber drivers are not employees (see link below).If it can be argued that Uber drivers are employees in other circumstances, and likely another court, it would be possible to obtain settlements in excess of $1 Million. If Uber detected even the specter of a ruling against its interest, it would likely settle the matter in excess of $1,000,000 to keep a judge from making an adverse employment ruling.That being said, the Uber employee argument has not been successfully tested in Florida. We are on the lookout for the right uber injury claim with the right facts that would allow us to create favorable precedent.

UPDATE (May 2017): SB 340 is up for consideration that would remove the multi-factor analysis a court would run through when determining whether an Uber or Lyft driver is an employee or independent contractor. SB 340 specifically applies to "transportation network companies" and would state that a Lyft or Uber driver is an independent contractor if the TNC does not unilaterally prescribe specific hours the Uber or Lyft driver is required to be logged on; Uber drivers can use Lyft and vice-versa (or any other ridesharing application); the ridesharing company allows its drivers to engage in any other kind of occupation; and the ridesharing company and its drivers agree, in writing, that they are independent contractors (and not employees).Uber Car Accident Attorney Resourceshttps://www.abc-7.com/story/35269235/uber-will-offer-uk-drivers-limited-sick-and-injury-benefits/https://miami.cbslocal.com/2017/02/01/court-uber-drivers-contractors-employees/https://www.jdsupra.com/legalnews/ubersuccessful-digital-business-model-59636/