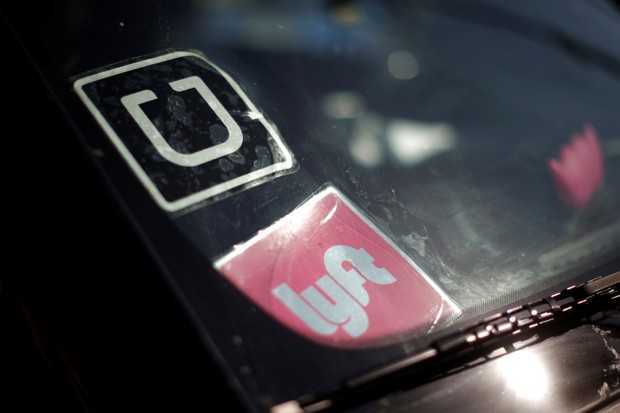 Uber is known for hiring people with criminal records and bad driving records. Some Uber drivers drive drunk and some Uber drivers sexually assault their passengers. In this Uber car accident lawyer’s opinion: Uber knows that if word got out about how prevalent all this is, the resulting scandal could put them out of business. We see (and hear from our uber car injury attorney colleagues) Uber paying a premium for a confidential settlement involving uber drunk driving or an uber driver committing a sexual assault offense against one of their rideshare passengers.

Injured by a Drunk Lyft or Uber Driver?

Drunk Uber drivers seem to be a lot more common than one would believe (or hear about on the news). Uber was recently fined $1.1 Million in California after state regulators found that Uber failed to suspend drivers when drivers were reported drunk or high by paying Uber customers (over 150 cases reported). The agency found over 60 instances where an Uber driver continued to provide Uber rides immediately after a passenger filed a complaint alleging that their Uber driver was intoxicated or high. In some instances, Uber failed to respond within 24 hours of allegations that Uber drivers were driving drunk.A really interesting paradox is that, with Uber and Lyft being as prevalent as they are, the prevalence of drunk driving should have decreased. Intuitively, this makes sense. If people are going to have a few drinks, why risk injuring someone or getting arrested for DUI? Especially when Lyft and Uber are incredibly affordable. But a 2016 study published by the American Journal of Epidemiology (link to study in resource section below) show zero decrease in occurrence of drunk driving deaths when comparing the 100 most densely-populated cities - including Miami, Florida and Ft. Lauderdale, FL - before and after Uber arrived on the scene.

Some Uber drivers have sexually assaulted their female passengers. Luckily, this seems to be a rarer occurrence. Last year the same Uber driver out of Boca Raton was accused of sexually assaulting at least three women in Boynton Beach in 2016. In the same year, a Lyft driver was arrested in Orange County and Uber driver was arrested in Miami, Florida - both accused of rape.What we don't know is: how many Uber or Lyft sexual assault incidents go unreported? Furthermore, its probably not fair to place the entire blame on Lyft and Uber. Some people will undoubtedly slip through the cracks. I also do not know how many taxicab drivers are accused of similar crimes. The question really becomes: what does Lyft and Uber do to minimize the chances of hiring a rideshare driver who may be prone to such deviant behavior? In other words: how stringent and robust is Lyft and Uber criminal background screening process?

What kind of criminal background check does Uber run on their drivers?

When taxi companies hire drivers, they do fingerprint/FBI background checks. Uber uses an online service called Checkr (incomplete identify verification, incomplete criminal/driving records/health records check). See my other uber injury lawyer article comparing taxi companies to ridesharing companies such as Uber and Lyft. However, in fairness, taxi companies only run fingerprint background checks on the actual medallion holder. Some medallion owners essentially lease the right to use their medallion to other drivers (sometime multiple other drivers, e.g. one to take a daytime taxi shift, another driver to handle the late-night cab shift; as they want their car in use as often as possible). Checkr includes state and county records. But, because, not every city, county and state timely posts their arrest data, many uber driver crimes, which would raise red flags, may not be noticed when uber (or Lyft for that matter) runs their background check. Both Uber and Lyft have settled massive lawsuits regarding misleading statements in connection with the veracity of their stated security protocols.UPDATE: After July 2017 - and other ride-sharing companies, will be required to conduct more extensive background checks on their drivers. To read about the new law, HB 221, and see further comparison between taxicab background checks vs. uber background checks, click the link. Lyft and Uber Claims Attorney Resourceshttps://www.local10.com/news/local-10-investigates/how-criminals-can-get-around-driver-background-checks-for-rideshare-taxi-serviceshttps://www.latimes.com/politics/la-pol-ca-uber-fine-intoxicated-drivers-20170412-story.htmlhttps://academic.oup.com/aje/article/184/3/192/2195589/Uber-and-Metropolitan-Traffic-Fatalities-in-thehttps://www.nbcmiami.com/news/local/Florida-Uber-Driver-Accused-of-Sexually-Assaulting-3-Women-390738981.htmlhttps://ubercaraccidentlaw.com/uber-safety-tips-beware-of-fake-uber-drivers/